Espresso 9a – Top Up- The Perfect Handshake

Top Up: The Perfect Handshake

Historians agree that the handshake was most likely developed several hundred years ago in England as a method to communicate that you were empty-handed and unarmed during a meeting. Weapons were often concealed in the left sleeve so shaking was done with the left hand. As more people began to travel without weapons it became common to shake with the right hand. Certain historical figures took liberty with shaking hands and created their own custom. George Washington decided that shaking hands was for the common people so he bowed when greeting people in public.

Every country in the world has its own customs for meeting and greeting. Most cultures encourage handshaking more often than the United States. As always, you need to do your research on meeting and greeting before you embark on an overseas trip. If you are a woman, this is critically important since certain cultures do not allow women to touch a man who is not related to them.Here are some of the most common handshaking rituals around the world:

In Japan it is normal to shake hands frequently. Sometimes a bow is included or substituted.

In Europe, you shake hands whenever you meet someone even if you know them well.

A strong handshake and good grip are appreciated in South Africa.

A vigorous, pumping handshake is normal for the Chinese.

Men in Arabian cultures encourage a long and limp handshake along with a specific verbal greeting.

People in Panama greet each other with eye contact combined with shaking hands.

The French always shake hands in business meetings but all other greetings involve kissing the cheeks.

In Kuwait, shaking hands is only used for male strangers who meet the first time. Shaking hands with an unrelated female is considered inappropriate.

Residents of India and Pakistan shake hands by grasping your hand in both of their hands and holding your hand briefly.

“Handshakes are the only consistent physical contact we have in the business world. They happen first, so they set the tone for the entire relationship,” says Jill Bremer, a professional image consultant. “People make an immediate judgment about your character and level of confidence through your handshake.”Here are some tips from the experts on the perfect handshake:Attitude. “The proper handshake should be firm, with an energy that communicates sincerity, strength and professionalism,” says Dianne M. Daniels, a certified image coach. The perfect handshake is one that conveys a friendly, welcome attitude. “Generally, the person who extends their hand first has the ‘power’ in the setting,” says Dr. Nancy B. Irwin. “In our American culture, the handshake shows interest, openness, and confidence.”Form. Have proper form. Extend your arm with your hand outstretched with thumb straight up. Make sure hands are web-to-web—slide your hand into the other person’s until your webs touch. Give it just two pumps. (Your “web” is the lowest point in the dip between your thumb and index finger.)Grip. Limp, lifeless handshakes tend to communicate timidity, passivity or intimidation. The “limp fish” and “barely touching” handshakes project a sense of distance and a “don’t touch me” attitude. It’s hardly welcoming and no one, including women, is exempt from this rule. Kid gloves. When shaking hands with a more mature person than yourself, be careful not to squeeze the hand you are offered too tightly—it could cause pain. This also applies to not rapidly or strongly pumping their arm, as you could cause injury.

Double shake. When shaking hands to congratulate someone, some experts recommend the double handshake. This is when you “glove” or “sandwich” the other’s hand with both of yours and indicates pride, warmth and sharing. This can overpower or threaten some people so one must be careful and use this only when they know someone well.Unisex. In today’s business environment, both women and men shake hands. The idea of a man waiting for a woman to extend her hand first is outdated, and a woman should extend her hand. What about men? Save the “I’m stronger than you” type of grip for non-business situations with friends or competitors. Exerting yourself to give a stronger-than-normal squeeze to another man is not the way to show your dominance, and can set a confrontational tone for the rest of your association.

Knowing when and how to shake hands is an important business skill whether you are working in your own office or if you are traveling to a meeting 5,000 miles away. Always give the impression of someone who is polite and confident by cultivating a firm, but not crushing, grip and always offer your hand when appropriate. 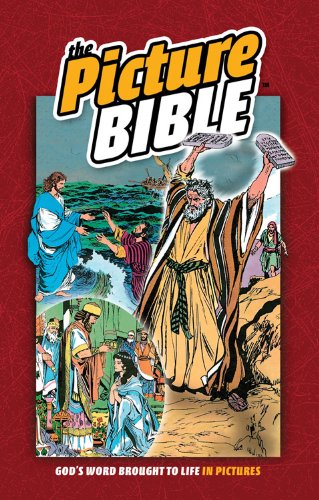