Are You a Sightseer

by Sam Smith
archaeologist, classic failures, Dare to be different, edifices, eras, great buildings, hillsides, legions of rome, Mountain Streams, passage of time, sightseer, Stand Out, way of all flesh
Comments are off

“Are You a Sightseer … or a Seer-Sighter?”

This revelation came to me as our train wound its way through the hills of Italy. As my wife and I gazed out the window upon the ruins of castles, palaces and majestic villas of bygone eras, we were struck by how these great buildings, these glorious edifices, these grand creations of man, had all fallen into ruin and decay with the passage of time.

While I viewed the historic hillsides with their once proud structures, now in ruins, I could envision the glories of past centuries, the armies that had swept across these hills, first one way, then another-the legions of Rome and the hordes of her enemies-changing, ever changing, the face of history.-One constructing and another destroying, one building and another tearing down, one creating and another demolishing. Nothing was ever permanent. Each new kingdom or empire washed away all but the meager vestiges of the past, so that there was little left to brag about-sometimes not one stone standing upon another. -Nothing but giant blocks of useless rock cluttering up the landscape and standing in the way of progress, of interest only to the historian and archaeologist.

Mankind’s greatest pride is often in his buildings-the works of his hands-and they have usually been his downfall, from the towers of Babel of yesterday to the temples of Mammon [materialism] of today. Man glories in what he has made and prides himself in what he thinks are going to be his everlasting works, to influence with awe and wonder the generations to come.

But their end is always the same-the debris of years, the wreckage of centuries, often cleared away to build a new monument to yet another one of man’s futile endeavors and classic failures. They are of little meaning to the present, and eventually always go the way of all flesh, into the grave of oblivion, monstrous reminders of man’s transitory tenure, classical testimonials against his puny efforts to eternalize himself without God.

During our missionary travels, people often ask us: “Have you seen this?” “Did you go there?” “Did you see this sight?” “Did you view that creation of man, that building, this tower?” Much to their surprise, our usual reply is “No!”-even concerning the commonest points of interest on most tourists’ sightseeing lists. The things that everybody comes to New York or London or Paris or Rome to see, we haven’t even bothered to go around the corner to give a passing glance. The dead, temporary buildings of man do not appeal to us, for they are only here today and gone tomorrow-lifeless, burdensome, costly piles of junk!

What interests us is seeing the eternal creations of God, coming face to face with the infinitely more fascinating, everlasting souls of men-that heart-to-heart contact of spirit with spirit, that reaching out for the touch divine in His creation, His handiwork, His most eternal workmanship, the immortal human soul. We glimpse it in every person we meet, everyone with whom we come in contact-the vibrant eternal, immortal, marvel of human spiritual life that comes from the hand of God!

Therefore, to those who ask us if we have seen this or that sight, we have come to enjoy replying with an emphatic “No, we are not even interested! We are only interested in you! We’re not interested in the dead, but the living!”

This is what is thrilling! This is what is exciting! This is what motivates us to cross continents and oceans to faraway lands. We go to seek and to save that which was lost, not to tour and to sightsee at the fantastic failures of man! This is what is worth seeing: that longing look deep in the eyes of a frightened young girl, that searching spirit of a wandering boy, that deep hunger in the heart of man for his Creator, the immortal spirit, the spark of eternity in the hearts of the living-not the dead, ridiculous rubble of the things of the past!

So we have come to detest “sights” and “sightseeing” and tours of the wonders of man. We have come to scorn his ridiculous creations that are so lauded by the children of men and so praised by man’s worshippers! In every city, in every land, in every great exhibition, it is usually the handiwork of man that is most praised, as man pats himself on the back for having arrived as a god!

The worship of places, buildings and things is man worship: his religion, his purpose, his life, his death, his “death’s work”-not the work of the life of God. We want to see living creatures, living beings, humans from the hand of God! We want to see people: the children, the men, and the women, human beings! We want to look on the land of the living, not the creations of the dead; we want to see the homes of the spirit, not the tombs of the past. We want to see life, and to live, to touch, to warm, to woo, to win the living-not the dead-with God’s love!

Are you a sightseer, or a seer of the spirit? Are you a tourist of the tombs, or an evangelist of the living? Are you telling others the Good News about Jesus? He told His followers, “Let the dead bury their own dead, but you go and preach the Kingdom of God,”6 and “Follow Me, and I will make you fishers of men.”7 In this whole world there’s not a more thrilling sight to see than a saved soul! 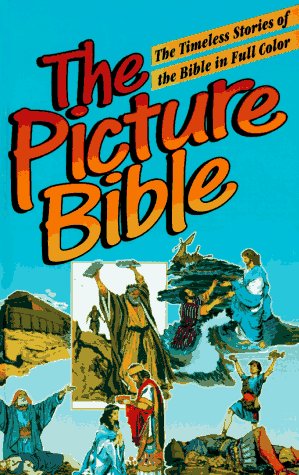